Unfortunately, when climate makes it into the news (not often enough), it’s almost never worth paying attention to at all.

Reporting on climate is too often substituted with mere noise—doom & gloom mention of the crisis or coverage of a political will-they-won’t-they game.

Not sure if you’re familiar with the show Veep, but I’m increasingly starting to feel that the absurdity of the satire isn’t actually so far removed from our real government. .

All this being said!... I believe this latest news on a potential U.S. climate bill is worth paying attention to.

In fact, I believe it’s a critical win for the climate movement overall.

And while the Inflation Reduction Act hasn’t yet been passed and signed (hey, Kyrsten Sinema 👋😅), this is potentially the first major climate legislation in 34 years and might well be the last for another 34.

So, let’s talk about what’s important to take away from this moment and how we might contextualize this progress within the climate movement overall.

Movements Can’t be Reduced to a Single Moment

I’m not sure how you felt when this news broke, but I felt…well…surprised.

It felt like absolutely nothing was happening, and then suddenly all at once, momentous hope was at our feet. But movement building doesn’t work that way.

It’s reasonable to feel like the life of our planet was/is held in Joe Manchin’s hands (and now Kyrsten Sinema’s).

A Manchin/Sinema can change the trajactory of progress in what feels like an instant with their decision feeling far out of our control.

What we’re not thinking about in that moment of hopelessness is the ever-increasing political pressure that is mounting in the background as more and more people are demanding things be different.

While Manchin waffles and strategizes his self-interests, pressure grows. And then suddenly, the pressure hits a tipping point. And something gives.

The Sunrise Movement, for example, has a goal to mobilize 3.5% of the total U.S. population to actively participate in the climate movement. This is because every nonviolent movement that has organized 3.5% of the total population in sustained participation has succeeded—this 3.5% appears to be the tipping point.

With the U.S. population around 330 million, 3.5% is roughly 12 million people Sunrise needs to mobilize.

Of course, they don’t just go from 0 to 12 million overnight. That number builds over time. Sometimes slowly, but then more quickly.

The more the mobilized group demands change, the more we talk about the climate with friends, family, and colleagues, the more the pressure gauge increases.

More people will press their political representatives, their bosses, and their communities on climate.

This process that starts by moving frustratingly slowly, builds momentum until it hits a tipping point of engagement, and that’s when it feels like a windfall.

For another example, see how the U.S. has crossed the threshold for mass adoption of electic vehicles (EVs).

Progress isn’t Perfect, but Progress is Everything

Manchin and fossil-fuel interests got some incredible gifts as the Gulf of Mexico and the Cook Inlet in Alaska are set to be be explored for oil and gas projects.

Another case in point: for every one off shore wind lease sold, there must be an oil and gas lease of significant size sold in the previous year, tying off shore wind projects to on the fossil-fuel industry.

But, the path of progress is never a straight line.

On our trajectory to build a truly better world for all of us, it’s important that we relentlessly hold on to what that vision for a better world looks like to remind ourselves of where we are going amidst the twists and turns we take to get there.

At the same time, we must work with the reality of each moment to continue forward momentum.

Take the Affordable Care Act, for example. The ACA was passed under Barack Obama’s administration in 2010.

Was it perfect? Did it fix the American healthcare system?

But, now after a decade in existence, the Affordable Care Act has led to historically low numbers of uninsured Americans, saved the federal government billions of dollars in healthcare costs, and has increased healthcare access among low-income communities.

Yes, the work on healthcare is far from over.

But, once that progress was made, it’s been increasingly difficult to regress. Even with a Republication-controlled Congress and White House in 2017, the attempt to repeal the ACA failed.

Support for the ACA has only grown with time.

Likewise, I predict that this climate action, where individual Americans will see a list of personal benefits, raises the baseline for conversation and policy around climate and it will be difficult to turn back from here.

This moment is what will fuel the momentum for what’s next.

Dr. Jonathan Foley, the Executive Director of Project Drawdown, has been beating the drum of economic-focused climate messaging for a while.

Poll after poll shows that Americans put economic issues before climate. In some polls, the climate doesn’t even register as an important issue!

Take a look at the Green New Deal or Build Back Better vs. the Inflation Reduction Act.

Granted, the Inflation Reduction Act’s climate action isn’t close to what’s been proposed in each of the two previous agendas, but the headline messaging is different and worth attention.

The Inflation Reduction Act is about combatting inflation. Inflation is the top issue on the majority of Americans’ minds…

It’s not about triage or manipulation. Addressing the climate crisis will addresses the issues that people care about most.

So why don’t we say that?

Of course, the Inflation Reduction Act isn’t a certainty.

There’s already pushback. The Business Roundtable, which has Kyssten Sinema’s ear, fears an impending 15% effective tax rate for corporations earning over $1 billion in profits per year to pay for the legislation.

Let’s hope this thing gets over the finish line.

Whether the Act passes or not, Biden should still declare a national emergency over climate change.

But no matter what happens in this moment, it’s important to remember that while a very important one, the government is just one actor in addressing the climate crisis.

We can’t forget the power that we have. As environmentalist Bill McKibben pointed out in The New Yorker, when the Trump administration moved to auction off parts of the Arctic National Wildlife Refuge for drilling, no companies made bids.

Why? Environmental activists made noise and convinced investors the project was too toxic to touch.

Even when the government tries to move us backwards on climate, individual people can harness their power effectively.

The Inflation Reduction Act is a net win.

It’s not creating an eco-utopia, but with $369 billion in climate spending and the potential to cut emissions by 40% by 2030, it’s one very valuable piece to the greater puzzle we get to fill in.

Find Out Where You Live | Paul Hawken

You love what you know and take care of what you love. “Discovering the beauty of the world that you inhabit...I feel like that sense of falling in love is the most important thing you can do," says Paul. Perhaps we take Paul's advice. Pay attention for a second 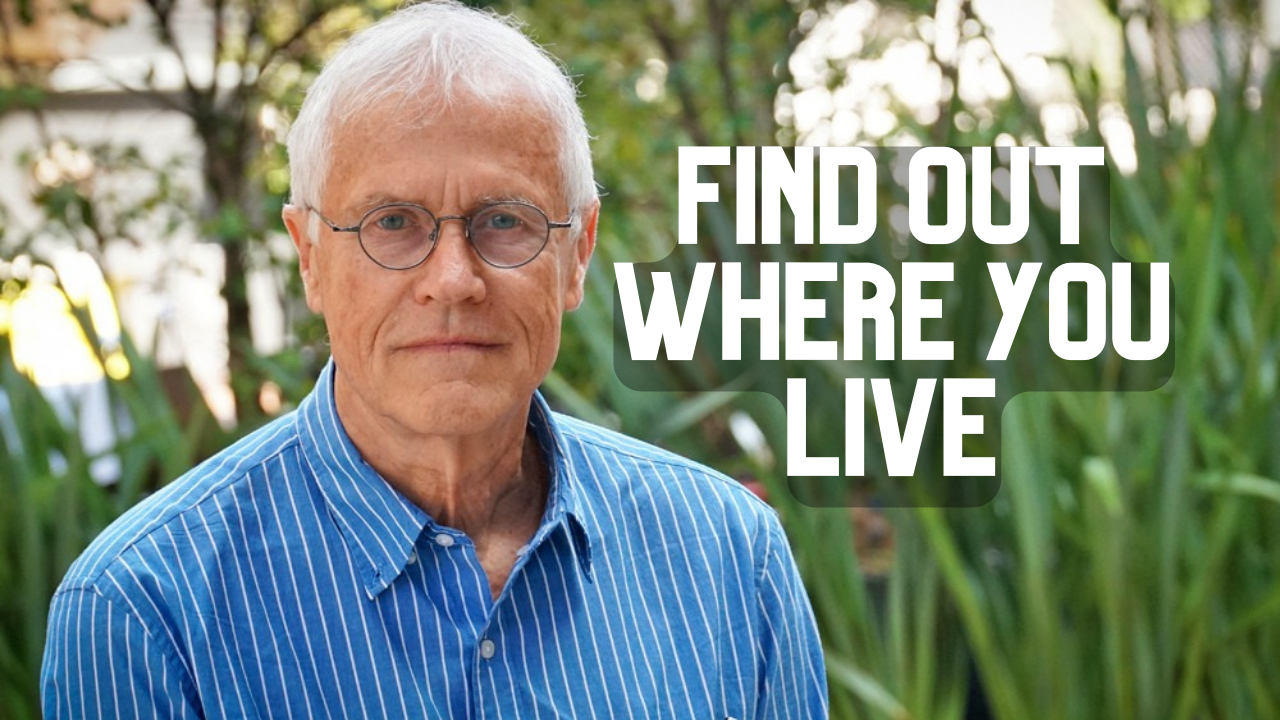